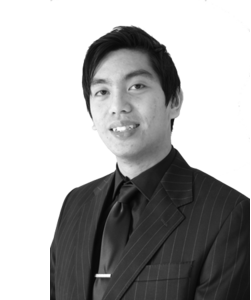 Jozef is a member of our Litigation team serving as a Senior Lawyer in Commercial Litigation & Dispute Resolution.

In 2015, Jozef was admitted to practice in Queensland and was noted to be the youngest admittee at 18 years old at the time.  He holds the following academic qualifications:

In practice Jozef empasises precision, a strategic balance of legal and practical considerations, and securement of defined objectives and outcomes. His legal experience includes:

Outside of practice, Jozef also serves as Managing Director of the annual not-for-profit Philippines-Australia Autumn Festival delivered as a multicultural community initiative with the support of the Queensland Government. In 2015, Jozef received a Congressional Commendation from the Republic of the Philippines in recognition of his achievements. He speaks fluent Tagalog, and also manages a social media channel dedicated to encouraging humane and constructive conversations and discourse across different industries, cultures, and people.

In his spare time, he enjoys playing basketball & the violin, bantering on politics & financial markets, reading literature (with a keen interest in social philosophy), & leading groups in Church music ministry.

Talk to us today

Our vision is to seek to provide advice and solutions that deliver redemptive, just and restoring outcomes, bringing order out of the chaos in this world.

Made with ❤ by Corney & Lind BD Crew